Silverbell Road Artifacts to Be Bought by University for $15,000 If Found Valid 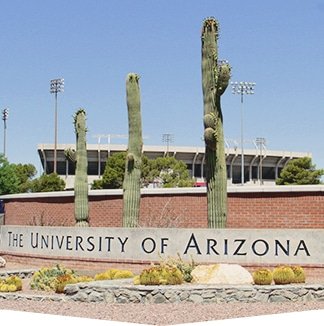 “An agreement whereby the archaeology department of the university will immediately take over the work of excavation where the leaden crosses and swords were unearthed on the Silverbell road in 1925, and which provides for the payment of $15,000 to Thomas W. Bent and Charles Manier, discoverers, as compensation for their previous expenditures and claims providing that future explorations prove conclusively that the artifacts are pre-Columbian, was reached by the board of regents at its meeting Monday.

Under the terms of the contract made with Bent and Manier, it is provided that all artifacts found by university archaeologists will be kept until work is completed, after which equal division of the finds between the university and the discoverers of the first artifacts will be made.

It was claimed when the crosses and swords were found two years ago, that they dated back to a period prior to the discovery of America by Columbus in 1492. Authorities differed as to the meaning of the Latin inscriptions and crude drawings which had been made in the metal, some believing that they established the finds as pre-Columbian while others contended that they indicated that the artifacts had been buried in recent times by persons attempting to perpetrate a hoax.

According to President Byron Cummings, who is also head of the archaeology department, the work of further exploration in the vicinity of the other finds will start immediately and continue until the university is satisfied as to the age of the artifacts. Lack of sufficient funds will make the excavation progress slowly, however, he says.”